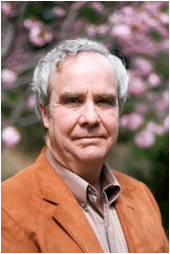 Christopher Sogge joined the faculty of the Department of Mathematics in 1996, where he was chair from 2002 to 2005. He has received numerous awards including a National Science Foundation Post-doctoral Fellowship and a Sloan Fellowship. He was named both a Guggenheim and a Simons Fellow. He also earned the distinction of JHU Professor of the Year in 2014. He is currently Editor-in-Chief of the American Journal of Mathematics.