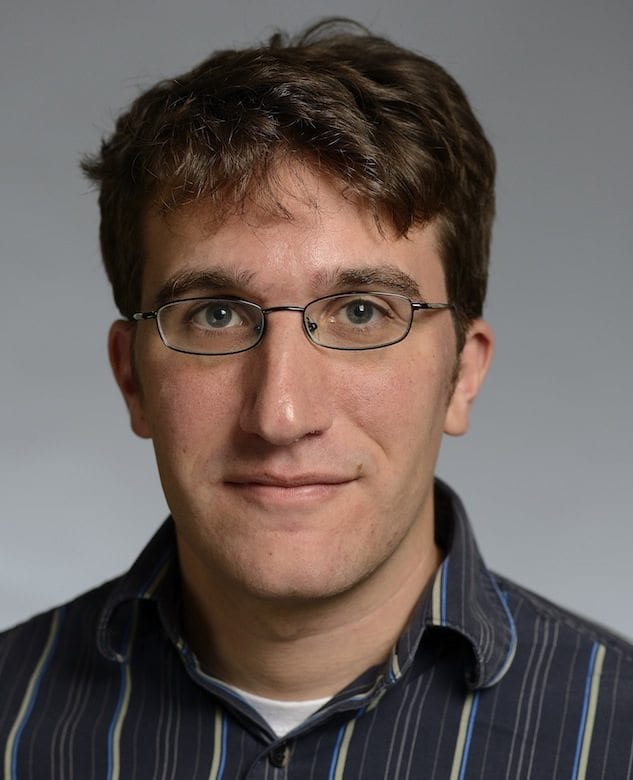 Professor and Director of Graduate Studies

Jacob Bernstein is a professor in the Department of Mathematics at Johns Hopkins. He completed his PhD at MIT in 2009 under the direction of Tobias Colding.

He helps to organize the Analysis and PDE Seminar at Johns Hopkins and the Metro Area Differential Geometry Seminar which is joint with University of Maryland and Howard University.

His work focuses on geometric analysis, with a particular emphasis on minimal surface theory and mean curvature flow. Minimal surfaces are mathematical idealizations of soap films. In addition to being a beautiful subject in itself, the theory of minimal surfaces interacts with many branches of mathematics and has found important applications in geometry, topology and theoretical physics.  Likewise, the mean curvature flow has had important applications in materials science and in computer imaging.

A Topological Property of Asymptotically Conical Self-Shrinkers of Small Entropy (with L. Wang).

A Sharp Lower Bound for the Entropy of Closed Hypersurfaces up to Dimension Six (with L. Wang).

A Remark on a Uniqueness Property of High Multiplicity Tangent Flows in Dimension Three (with L. Wang). To Appear: Int. Math. Res. Not.